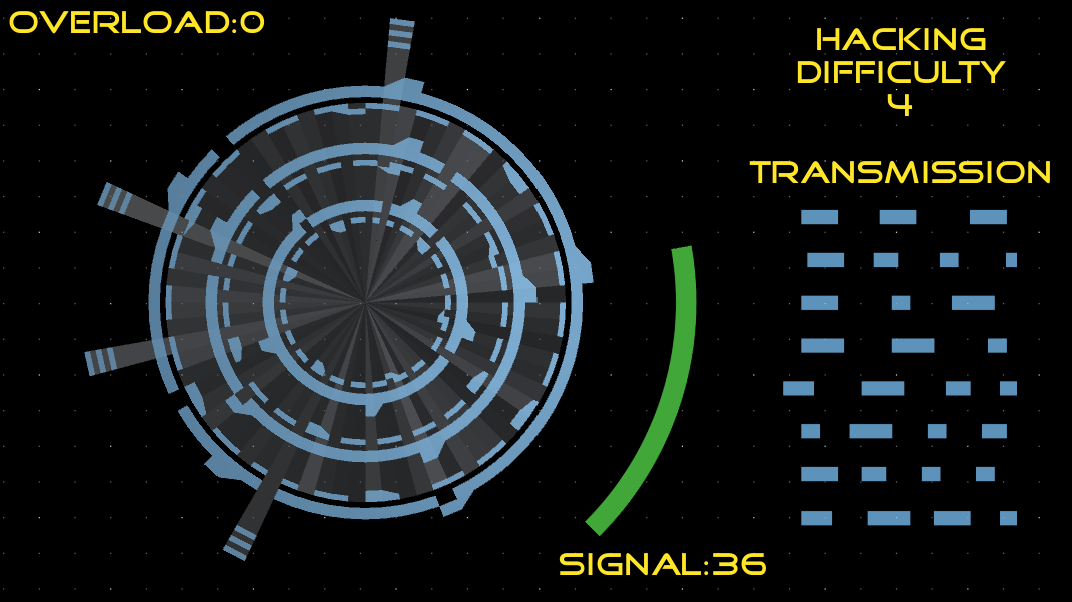 As expected, I added some difficulty. Every 8 level, the puzzle uses the 3 skins randomly to generate the 3 disks. And it is quite … difficult ! I didn’t insert misleading notch for the moment. I think now the player need a bit help ! So as not expected, I added a transmission part. Just now, it does … nothing ! But the goal is to deliver bonus to the player. I’ll let you know more next time.

I also began the polishing phase:

If I knew how to use shaders, I would add some glitch effects. I will try to learn more on this side later…

I didn’t have time to change the sound effects, it is my next step ! The incoming changes are music and sound effects.

From the last todo-list remains the sound effects and the misleading notch. I don’t know if misleading notch will be implemented yet, but in this todo-list I add the “transmission bonus” system. I’m almost there !

You can play the WEBGL version here.

Hello there ! Here are some news !
Since I published the early prototype, I take some time fixing bugs. Now the keyboard is correctly playable, the overload system is not jerking anymore. After that, I was on holiday for a week ! Taking some rest and enjoying family is an important step !

Now, the next steps are :

You can play the WEBGL version here.